You are located in service: Software Engineering Services (GitLab)

When exporting projects, the following elements are exported:

The following elements are not exported: 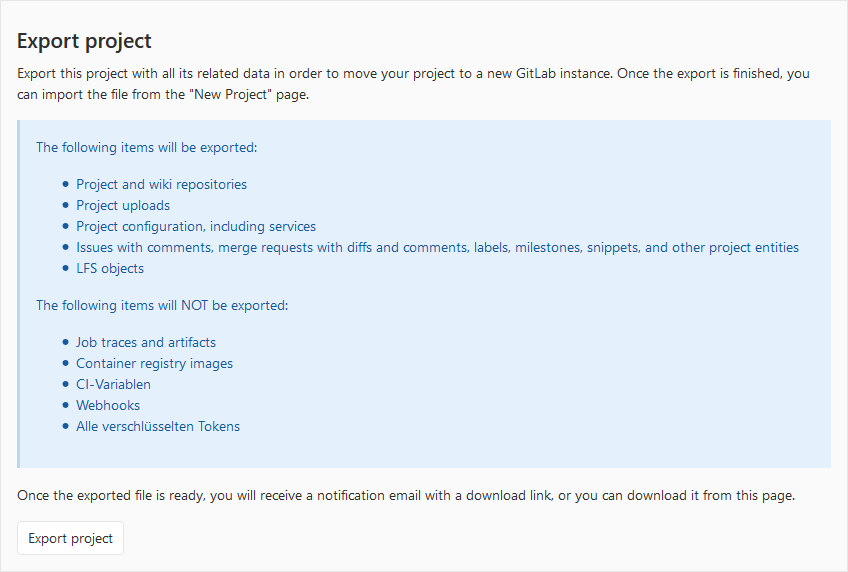 As soon as the export is completed, a "Download export" button appears next to the "Export project" button. Please click on this button. 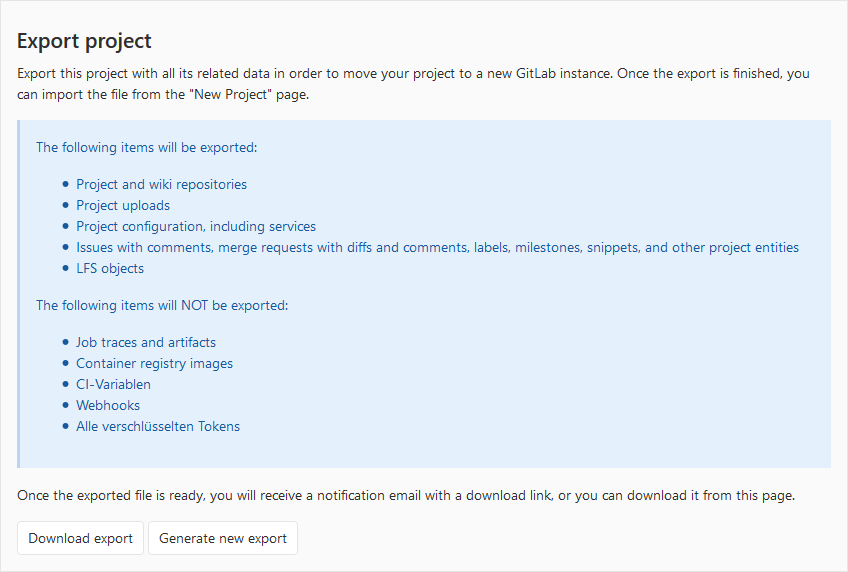 After the export has been downloaded, it can be imported into GitLab again.

While creating a new project, click on "Import Project" and then on "GitLab Export".

In the following step you have to set "Project name", "Project URL" and "Project slug".

The GitLab Export is now selected with "Choose File". After that the import is finished.

During the migration, permissions are not transferred and existing, local copies of the project must be updated.

To update the git URLs, the following must be done in the local repo:

If the group name or the project name has changed, these must also be adapted. Generally applies:

To facilitate the migration of several projects, individual sample scripts for mass export/import were created at: https://git.rwth-aachen.de/itc-lba/gitmig_scripts .

Alternatively there is a Powershell script: